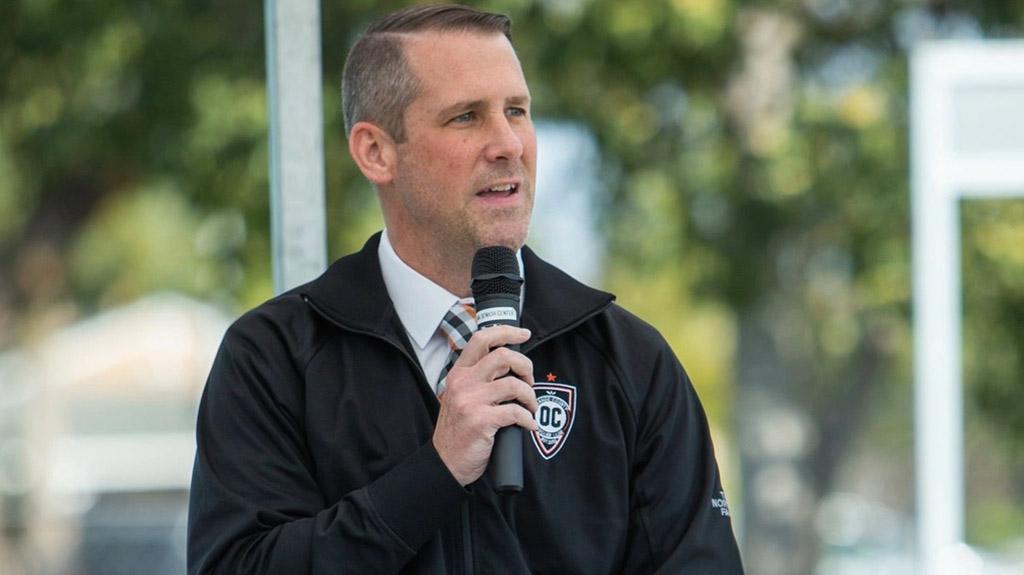 New Pittsburgh Riverhounds SC President Jeff Garner has spent the past three years at Orange County SC, where he was President of Business Operations for the 2021 USL Championship title winners.

PITTSBURGH – Pittsburgh Riverhounds SC announced on Thursday the club had appointed veteran sports executive Jeff Garner as its new President, who brings experience both in the USL Championship and in the Western Pennsylvania market to his new position at one of the USL Championship’s historic clubs.

Garner comes to the Hounds after three successful years as President of Business Operations with 2021 USL Championship winner Orange County SC, where he oversaw all aspects of the team’s business operations, including sponsorship, ticketing, marketing and stadium operations.

During Garner’s tenure in Southern California, his fan-first approach resulted in a surge in game attendance, realizing an increase of 155 percent over 2021. In addition to record-setting financial results, Garner has expanded event offerings, spearheaded a regional broadcast partnership, implemented fan-driven technology assets and directed the launch of multiple community outreach programs.

“I couldn’t be more appreciative to Tuffy and the entire club for welcoming me to such a critical and exciting next chapter for Riverhounds soccer,” Garner said.  “My family and I are so happy to return to Pittsburgh and contribute to the fabric of this wonderful community by sharing our affordable family entertainment experience with the region.”

A native of York, Pa., Garner is a 1999 graduate of Robert Morris University, where he played football for the Colonials. After graduation, he began his career in Minor League Baseball, spending thirteen years with several award-winning franchises. That stint included 10 years with Chuck Greenberg and the Greenberg Sports Group, owner/operators of the Altoona Curve, State College Spikes and Myrtle Beach Pelicans.

In 2013, Garner joined Penn State University as an Assistant Athletic Director for Ticket Sales & Service, where he managed ticketing and fan services across the Nittany Lion athletic program, including Beaver Stadium and the opening of Pegula Ice Arena. He made his move to California in 2018 when he was named President of the San Diego Fleet in the Alliance of American Football.

With Riverhounds SC, Garner will lead the business side of the club, Highmark Stadium and the AHN Montour Health + Sports Medicine Center, as the team continues its post-pandemic growth.

“Jeff comes to us as someone who knows the USL Championship and has experience in Western Pennsylvania, as well. We’re glad he wanted to come back to Pittsburgh to lead our club, and we’re going to continue the rapid growth we’ve had in all areas of the Riverhounds organization,” Riverhounds owner Tuffy Shallenberger said.

A member of the Robert Morris University Sports Management Hall of Fame, Garner returns to Western Pa. with his wife, Karla, and their two children.