How a Peruvian soccer fan brought USL Pride to life 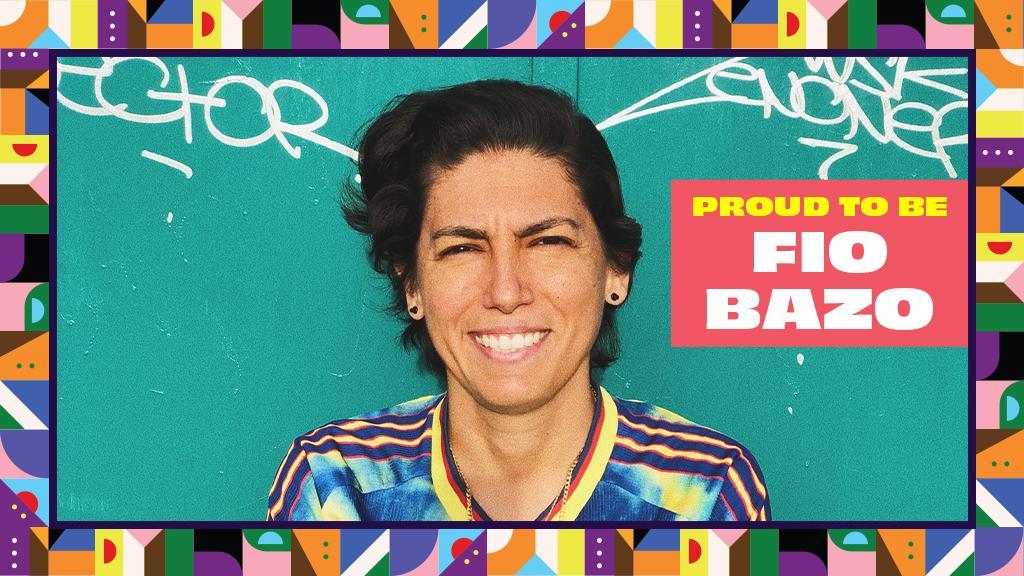 Seattle-based designer Fio Bazo led the design of the "Proud to Be" capsule released this month by the United Soccer League to support Pride Month and LGBTQ+ initiatives.

Fútbol has always been in Fio Bazo’s blood.

A native of Lima, Peru, who now lives and works in Seattle, the designer behind the USL’s “Proud to Be” campaign and capsule to celebrate Pride Month has always had a passion for the sport. As a child, she went to games and played in the street with friends and family. The memories remain poignant to this day.

“One of my uncles took me to the stadium when I was probably 12, 13, or something like that,” Bazo remembers. “It was one of those smaller stadiums where the people are super close to the field, and it was packed, and it was intense. It was like this huge party.”

If soccer came to Bazo early, design came much later. The owner of a screen-printing company in Seattle, Bazo began designing merchandise for local businesses. She had a natural knack for design, and it quickly escalated into its own business.

As luck would have it, those design projects often revolved around soccer, including the Kickoff Coffee Company and Cascadia Futsal Club among her prior projects. The first step of the process for Bazo is always develop the core message that any campaign aims to deliver.

“I feel like the design and colors and all this stuff come second,” she says. “First, I like to think about the impact. What's the message behind what are we trying to say here? I think it has to start from there. And then the design follows that.” 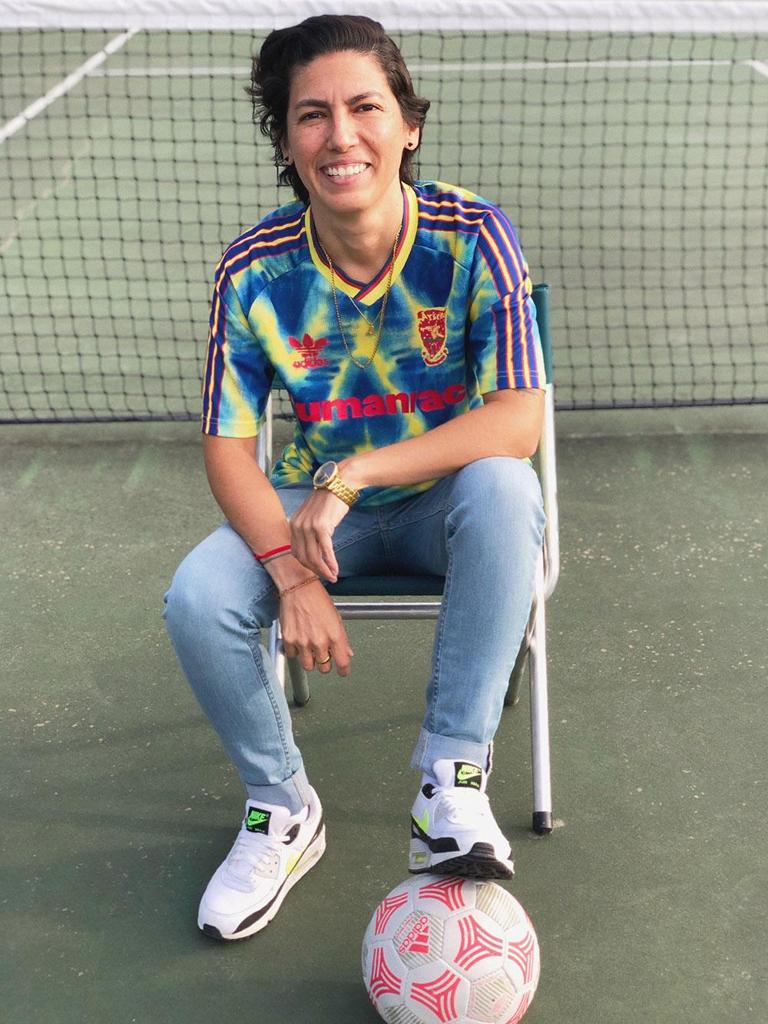 A native of Lima, Peru, Fio Bazo has played and watched soccer most of her life. She now lives and works in Seattle, Washington. | Photo courtesy Fio Bazo

The USL reached out to Bazo earlier this year to engage her in a project to create a unique merchandise capsule collection to honor Pride Month in June.

“I appreciated [the USL] reaching out to someone in the gay community to get some insight and, you know, be respectful of what they were going to put out there,” she says. “And from my end, I took this as an opportunity to really involve people that make an impact who are not just in the community as fans of the game, but also just regular supporters that want to be seen as allies.”

Collaborating with the design team on the project, Bazo’s “Proud to Be” designs burst into life while covering multiple areas of Pride Month representation. The campaign messages – including allyship and the desire to create safe spaces for players and fans alike to be their true selves – are central to the theme, with the culture around many areas of the sport still yet to have fully evolved in Bazo’s eyes.

“When you think of soccer as a global sport, and you can mention basically one or two [male professional players] are out, you know, that shows you right there how far we are from that change that we want to see,” Bazo says. “Things in culture like soccer can change policy and change and broaden minds. I think institutions within soccer can make a real effort to make it a legit safe space for players, for fans – you know, for fans at the stadium, too. But most of all, it has to come from the people. It never happens from the top down, right? The culture has to push that. I think as time goes by it'll get better, but I think we’re nowhere near to where we need to be.”

Bazo’s hope is the USL Pride campaign’s visibility can help carry that message forward, arriving in collaboration with other player- and club-driven initiatives in June and beyond. For example, the annual Playing for Pride fundraiser initiatives will see active participation by players and supporters’ groups across the USL Championship, League One, League Two, and the W League. And Bazo’s work sends a unifying message that resonates with people whoever they are.

“I think this capsule represents that we all come in all shapes and colors, you know, and we all make up the community,” said Bazo. “We all make up the soccer fandom in this soccer world and to have this opportunity to be seen and represented, as that is where we're heading.

“That's the message I wanted to put out there.”