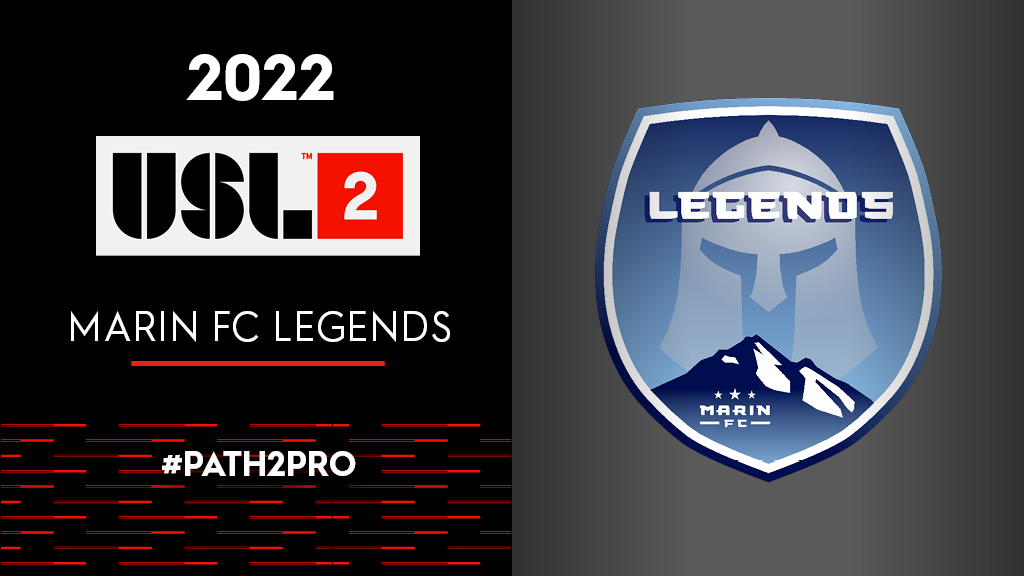 “Distilled, the phrase ‘inspire and advance’ defines everything at Marin FC,” said Evan Cross, President of Marin FC. “Entry into the USL is both inspiring and advancing for our players, coaches and club. We are purpose-building for the league because of our appreciation for the league’s quality, structure and focus. USL League Two is the cauldron for us to temper and excel!”

Since its inception in 2004, Marin FC has been providing quality soccer programming for athletes at all levels across Northern California. The club, which launched with two teams in 2004, has now grown to 60 teams in its 17 years of existence and has continued to be a leader in player development through the assistance of an elite coaching staff who hold the highest combined licensure level in Northern California.

Marin FC strives to provide an environment that inspires and advances players to the highest levels possible through a culture of integrity, responsibility and commitment in training and competition. The California-based club firmly believes in using the game of soccer as a vehicle to build character and teach life lessons as evidenced by the club’s individual focus on developing its players, its coaches and its community.

In the Marin FC environment, creativity and risk taking are encouraged and integral to development. As such, the club fosters a culture that places competing, player development, quality of play, collective play and sportsmanship at an equal level. By providing approximately $250K in financial aid to its players every year, Marin FC is able to inspire a life-long passion and love for the beautiful game.

Beyond player development, Marin FC takes great pride in the growth of its community. The club encourages camaraderie and a commitment to self, team, club and community, including service to others both inside and outside the club. In doing so, Marin FC teaches players that their progression occurs in a larger context, and their development as a player and person reflects on their club, their family and their community.

Through membership in League Two, Marin FC will be able to continue its mission of player growth by giving its players access to a proven pathway toward a career in professional soccer. The club’s coaches and community will also see the benefits of membership in League Two as the USL provides pathways for coaches, executives, club staff and communities to continue their growth within the game.

“Marin FC is an outstanding example of a club whose purpose goes beyond the pitch,” said Joel Nash, Vice President of Youth & Pre-Professional. “The club’s leadership has a strong vision for the 2022 season and beyond and we are excited to see the growth opportunities that will be created for athletes in Northern California.”