What matches are you tuning into in Week 2? 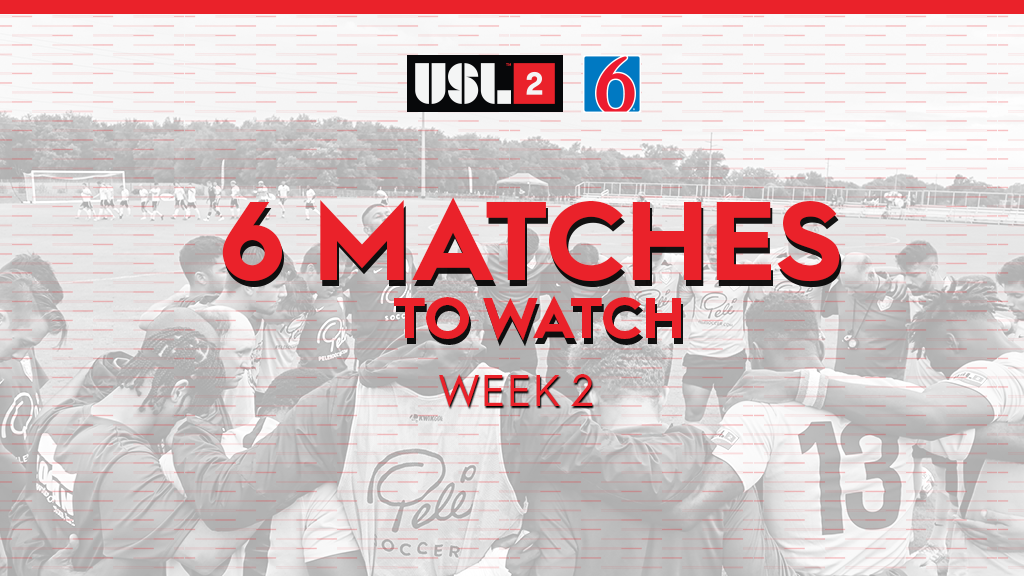 This local coastal rivalry has been marked in the League Two books since its inception. The last time these two Virginia-based clubs met in 2019, Lionsbridge FC defeated Virginia Beach United in a 2-0 win. Ultimately, Virginia Beach came out on top, ending the 2019 season with a 6-6-2 record where Lionsbridge finished the season with a 5-6-3 record. The coast-to-coast matchup should be a good story to follow through the 2021 season as both teams’ rosters are looking new, improved and better than ever.

Nothing says Path2Pro more than the presence of long-time League Two club the Ocean City Nor’easters. However, there is a new team in Jersey looking to prove that maturity in the league does not intimidate them in the slightest. Real Central New Jersey joins USL League Two for its inaugural season and is coming out of the gate hot as they take on 2019 Coach of the Year Alan McCann and his Nor’easters’ squad. The Real Central roster has a lot of potential from an outsider’s view  but the fans will have to wait until Wednesday to truly see if the club has the chops to defeat the Nor’easters in its first ever home game for USL League Two.

The 2019 Southern Conference champs are looking to defend their title in the 2021 season and it all starts on Friday with Asheville City SC. Asheville City joined the Path2Pro ahead of the 2021 season and are looking to have the inaugural season of a lifetime as they prepare to enter one of the most competitive divisions in League Two. Asheville’s first-ever game will ask them to face the former conference champ on its home field, which no doubt will serve as a stomping ground for rowdy Tormenta 2 fans. Does the North Carolina-based team have what it takes?

The Des Moines Menace are on a mission this season to continue the longest-held regular season winning streak in League Two history. The Iowa-based team has not lost a single regular season game since July 14, 2017, when the club was defeated by Saint Louis FC U23. Now as the Menace prepare to kick off the first home game of the season, the team is faced with defending its title against the Green Bay Voyageurs. Although the Voyageurs placed in the bottom of the 2019 bracket for its division, the club is looking to come back with a vengeance and there is no better way to do so than defeating the reigning champ of the Heartland Division.

The 2019 USL League Two title-winners, the Flint City Bucks, return to Atwood Stadium at Kettering University for the first time since its 2019 championship season. It is no secret that all eyes are on the Bucks this season as the team makes a run to earn its fifth USL League Two title. However, the club has a new opponent to face in Toledo Villa FC who will take the field for the first time as a League Two team on Saturday. The Ohio-based club hopes to prove that no match is unwelcomed, even if it means coming face to face with the reigning champs on day one.

The final match the fans will want to have their eyes on in Week 2 is the matchup between NYRB U23 and new League Two club, FC Motown. FC Motown holds the reputation of being one of the most historic men’s clubs in the Garden State, however that reputation has yet to be completely validated by the Path2Pro fans. As FC Motown gears up for its first home game, the club is looking to notch its first win of the season and begin to solidify that they are in fact among one of the best in New Jersey. Defeating the NYRB U23 team will be a large barrier to success for Motown as the MLS affiliate team has been a steady strong presence in its time with League Two.

To check out the full schedule and game details for Week 2, visit the USL League Two Match Center.