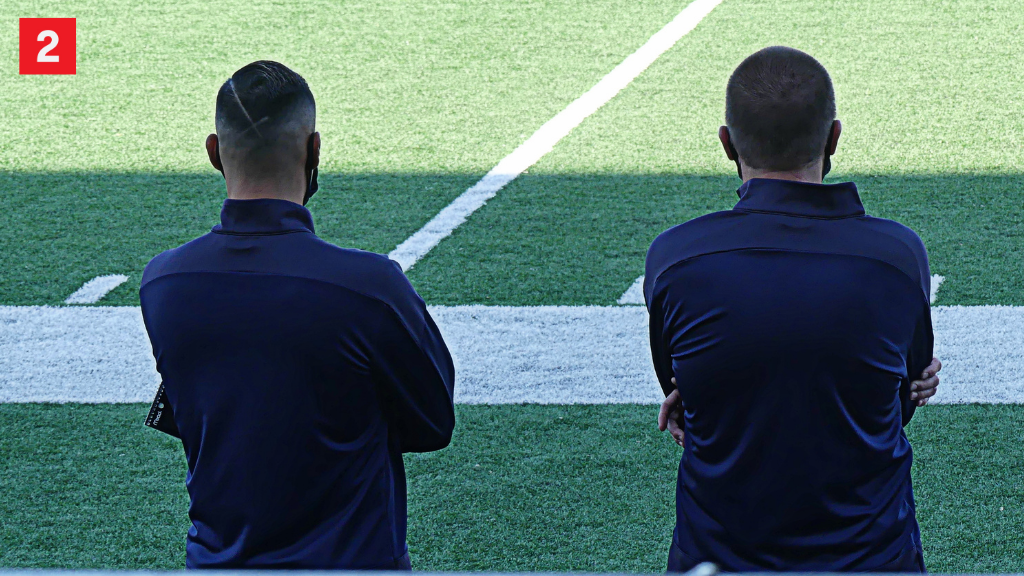 ALBANY, Ore. - In advance of the teams first official exhibition game of the 2021 season, OVF Alliance has announced that the club’s Executive & Technical Director, Logan Hoffman, will return as head coach along with several members of last year’s staff, including assistant coaches Bryan Garay and Ernesto Aguilar. Joining the staff as Associate Head Coach is Blake Leamy, a long-time leader and coach in the Corvallis soccer community.

Hoffman helped found OVF’s U23 program in 2019 along with Will Hander and the two coached the team to a 7-3-0 record in their inaugural year that included a run to the Oregon Open Cup Final. In a COVID-impacted 2020 season, Hoffman again led the team to the final of the Oregon Open Cup before a 3-2 loss in that match to PDX FC, who recently joined USL League Two. OVF finished the 2020 season with an overall record of 3-2.

Hoffman’s coaching career has spanned 15 years at every level of the US Soccer pyramid from U3 grassroots programming up through the Youth National team, collegiate and professional ranks coaching in the USL. Hoffman has also coached several youth and collegiate players who have developed into professionals, now playing across the United States and Europe in the MLS, USL, Belgian Jupiler League, Norwegian Tippeligaen, League of Ireland and the Finnish Premier League.

The addition of Leamy to the Alliance staff brings an experienced coach to the team who has spent more than 30 years developing the soccer community - and its players - in Corvallis and the greater Willamette Valley. Leamy coached 12 current players on the squad as youth players and has worked with over 40 players in the region that have gone on to play at the NCAA Division 1 level, including six that have spent time with the Youth National team.

Leamy will also serve as head coach for the U17 Boys USL Academy team for OVF and currently works as the Crescent Valley High School Girls Coach. He has won the last two OSAA Coach of the Year awards while leading his Crescent Valley team to back-to-back state championships in 2018 and 2019.

Also returning as assistant coaches for the 2021 season are Bryan Garay and Ernesto Aguilar, both of whom have received promotions. Garay’s new role as Assistant Coach/Head of Player Identification will see him leading the club’s efforts to identify talent for the USL Academy and League Two senior team, while also connecting into the USL pro scouting network to provide connections for our current players looking to move to the next level. Aguilar will assume the role of Assistant Coach/Head of Performance Analysis and will be responsible for the club’s player and team analytics, continually seeking to improve player development and performance.

Ben Kososkie, Youth Director of Coaching, and Jacob Butler will both continue to work with the team in staff coach roles throughout the course of the season