Club will compete in the Great Lakes Division beginning in 2021 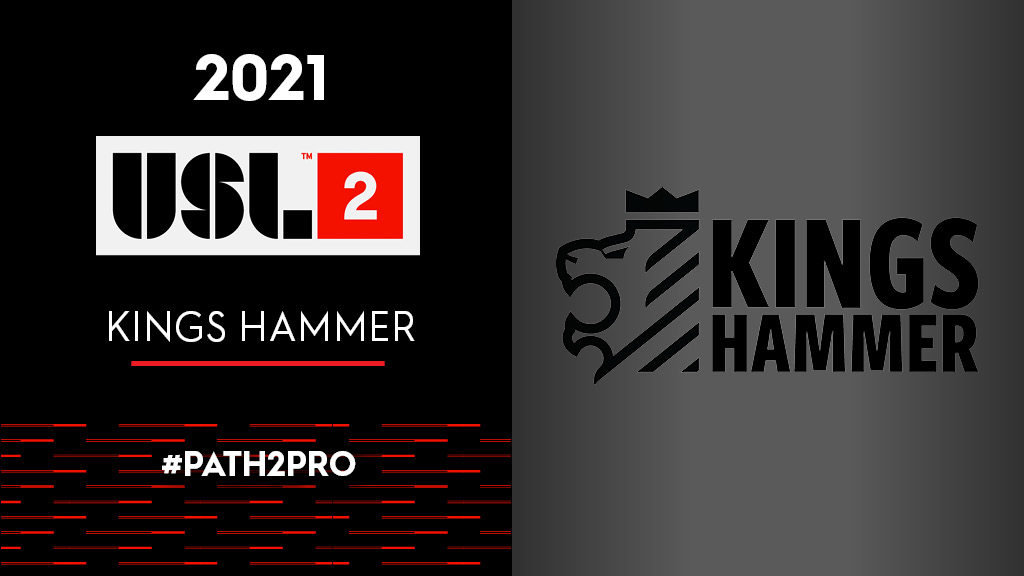 TAMPA, Fla. - The United Soccer League (USL) today announced Kings Hammer as the latest club to join USL League Two. The club will compete in the Great Lakes Division beginning in the 2021 season.

“We are thrilled to announce the arrival of Kings Hammer to the league,” said USL League Two Vice President Joel Nash. “This club has proven to be a force in developing young athletes out of Ohio and Kentucky, and the addition of a senior team will allow Kings Hammer to advance these efforts on a larger scale at the pre-professional level.”

Kings Hammer prides itself on its mission to serve as active community members through leadership, development and personal growth of both players and staff. The club’s ultimate goal is to encourage, inspire and empower each player and coach to be able to reach the highest level possible within the game and their personal lives, while helping develop leaders and individuals who will inspire others to do the same.

The League Two platform will provide Kings Hammer with the necessary tools to advance on this mission while developing pathways that will allow both coaches and players to reach their highest potential.

“Kings Hammer is extremely excited to announce the news today regarding our USL League Two team,” said Kevin McCloskey, Chief Operating Officer of Kings Hammer.  “We have been working very hard to create a true development pathway and ecosystem for our membership. We are committed to providing a high-level adult team as part of our pathway and will have some more developments to announce shortly regarding our competitive women’s team for the 2021 season.”

In joining League Two, Kings Hammer will provide its players with a proven pathway toward a career in professional soccer. In addition to the value of competing with the nation’s most competitive pre-professional teams, Kings Hammer will also see the benefits of the league’s ability to create growth opportunities for its coaches, executives and communities.

“Having the opportunity to recruit some of the highest-level college and free agent players from around the nation is a fantastic prospect,” said Paul Nicholson, Kings Hammer Technical Director and League Two Head Coach. “It will positively impact the skill development of our athletes to work alongside and learn from the top talent within our club. The USL League Two team will be the pinnacle of our player development pathway that all our families, the city of Cincinnati and the local soccer community can get excited about.”