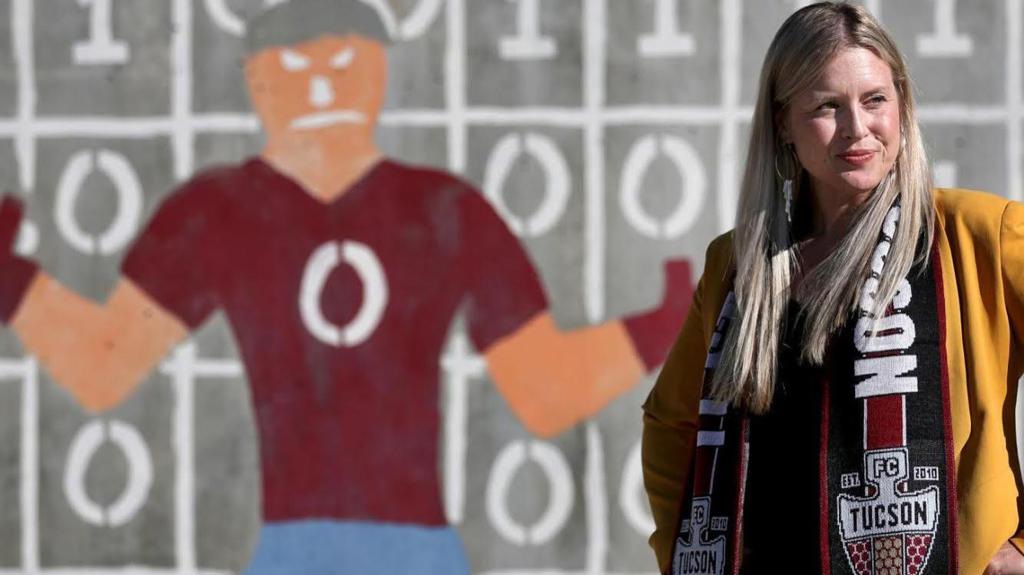 FC Tucson President Amanda Powers is ready to lead the club to a bright future as it enters its second decade. | Photo courtesy FC Tucson

TUCSON, Ariz. – As she assumed the role of President at FC Tucson – which while entering its 10th season overall and second in USL League One had somewhat slipped from the radar of local sports fans over time – there was a challenge awaiting Amanda Powers as she looked to draw the spotlight back to the club.

In an unimaginable 12 months that threw up even greater challenges to overcome, however, the early discussions she had with USL leaders upon becoming League One’s first female club President before the COVID-19 pandemic still resonate strongly as the year comes to a close.

“When I took this position on, I had the opportunity to come and visit everybody at [USL] HQ and my colleagues and I had a moment to speak with Alec Papadakis,” said Powers recently. “Alec said – and this was in January, February – ‘Amanda, the only advice I’m going to give you is to be patient. You’re going to make some mistakes, but be patient,’ and I think overall that was the greatest lesson that I learned this year.

“During a time where you felt like you were running sprints in the midst of a marathon – and we’re still in the middle of this marathon – you have to really pace yourself spiritually, physically, emotionally over the achiever, competitor in you.”

And make no mistake, Powers wants to compete, and wants to win. That applies not only to the field as the club looks to retool its roster after a sixth-place finish in League One this past season but to Tucson’s community, where the club is aiming to be a central part of rebuilding the city and region’s economy while providing an outlet that fans can rally around as it enters its second decade. 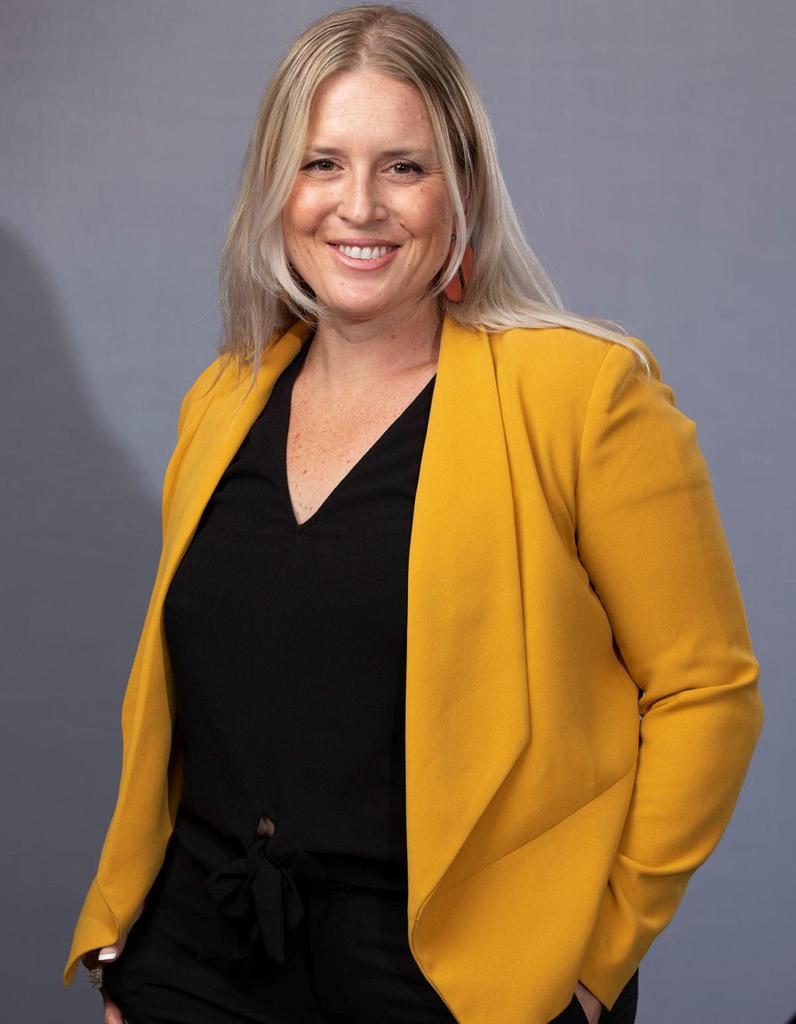 In order to accomplish that, much of the first year of Powers’ tenure in Tucson was used to try and shape the ethos of the club, and the internal mechanisms and systems that will allow it to thrive long-term. Some of that work was accomplished as League One lay dormant between the expected start of the season in March and FC Tucson’s opening game in Fort Lauderdale, Florida on July 25.

Since the season ended the work has continued as Powers aims to replicate the success that was achieved at first New Mexico United – where she served as Chief Operating Officer in addition to being one of the club’s co-founders – and more recently FC Tulsa – where she acted as a consultant during the club’s rebrand and relaunch late last year – in bringing FC Tucson front and center in its city.

“There were a lot of systems and processes that we needed to put into place this year,” said Powers. “We did a lot of that, and then of course the season came along, and we got right down to business and put that stuff on hold. Since the season’s ended we have dug in. We did four days of full-day, off-site strategic planning and messaging. We’re basically coming out of that with some pretty clear goals.”

The fact that FC Tucson and its League One counterparts were able to complete an abbreviated 2020 season certainly helped push the club back into the public eye locally. Powers estimates the club was talked about locally more than it had been in several years as it – along with other League One and Championship clubs – provided sporting action after other seasons were cancelled.

Powers gives credit to the league’s owners, her fellow executives – especially those that sat with her on the League One COVID Task Force – and the league’s leadership in bringing the league back to play safely.

“I really felt like the league was being bullish in attempting to move forward with the season when you saw the XFL, minor league baseball, minor league hockey, every other sport shut down, we were being bullish and saying, ‘let’s move forward, this is our opportunity as a league to maybe quite literally be the only game in town,’” said Powers. “We tried to take advantage of that, and first and foremost I want to give the league credit for doing that, putting the task forces together and allowing it to be an inverted structure from the [clubs] up, not the league dictating what needed to happen.

“[USL VP of Operations] Brett [Luy] and [Former USL Associate General Counsel] Lauren [Mehta] and [USL General Counsel] Garrison [Mason] on our task force and [League One Sr. Vice President] Steven [Short] and [USL Executive Vice President] Court [Jeske] all listened to what was happening in our respective markets and really synthesized all the information to steer us in the right direction. … I want to give a shout-out to [USL President] Jake Edwards on that as well. He certainly managed that from an organizational standpoint. I think the league really showed its agility, its innovation and its ability to turn the keys over to the clubs.” 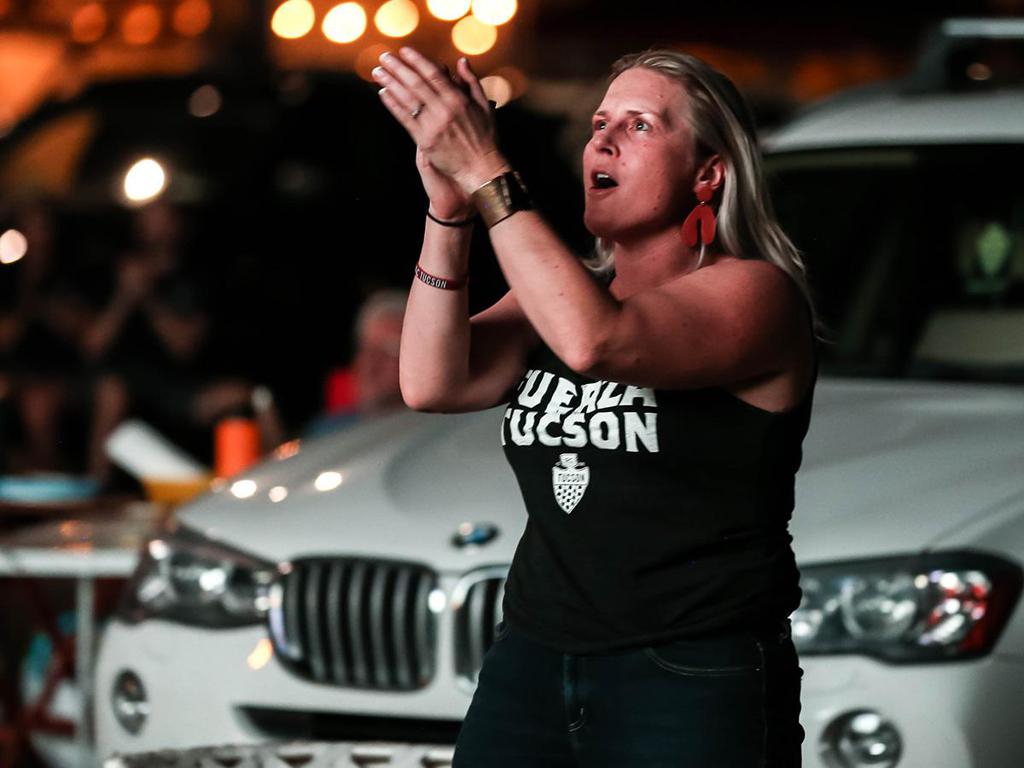 The aim now for Powers is to build on that momentum, and there is good news coming down the line. For one, Tucson has struck a deal with a new kit supplier for the 2021 season and the club is in the process of building strategic partnerships that will be unveiled in the new year. FC Tucson’s staff is also set to grow, with not only front office additions in corporate development and ticketing, but also Academy staff ahead of the launch of the USL Academy League next spring.

Those new arrivals should also take some of the pressure off Powers herself, who in a scaled-down staff of five was tasked at various points during the spring and summer with being a social media manager, communications coordinator, merchandise manager and bookkeeper as well as President.

The new hires will arrive at a club that now has a clear vision of the road ahead.

“Once the season went on hiatus, we huddled together as a leadership team to define what our ethos was. If we weren’t going to be playing soccer, who were we?” said Powers. “We just checked in on that at the end of this season to see how much of that has changed, and who do we want to be, and who do we want to become in the new year when it’s going to be a rebuilding year for so many people, economically, spiritually, physically, socially?

“I firmly believe if we know who we are as a club, and we have mechanisms and systems and a culture that reminds us of that every single day, then we can design strategies, teams, plans that empower all of our workforce to go out and kick butt every day and try to innovate.”

After a year where patience was a virtue, Powers is ready to lead a growing staff – and FC Tucson – to a successful future.