The Colorado Rush Professional Development made a historic move in their front office today.  The club announced Chance Vang has been promoted to General Manager and he is believed to be the first Hmong-American General Manager at the USL Soccer level or higher.  Vang was previously the Assistant General Manager for the Rush.

“It's an extremely well deserved promotion,” said Colorado Rush Professional Development President/CEO Joe Webb, who hired Vang out of the University of Wisconsin-Parkside.  “Chance has played a major role in our organization during the development of the USL2 franchise and he has helped the club secure our place as the best training and development environment for the nation’s top professional prospects.”

Vang, 23, before working for Rush had originally spent some time as an intern with the Lakeshore Chinooks of the Northwoods League.  He also has experience working with UW-Parkside Athletics.

"Chance has been very passionate and motivated to be working at Rush.  Speaking bluntly, he makes us a stronger organization and has done an excellent job to pay attention to all the small details. To be able to recognize Chance in this well-deserved capacity, and to be able to ensure our front office leadership group grows stronger, it's a very blessed day for our organization." said Webb.

Upon accepting the role of GM, Vang became one of the youngest executives in USL League Two history, but furthermore, Vang became the first Hmong-American appointed as an executive General Manager in a U.S. sports franchise.  He also grew up in Colorado and played for the Colorado Rush as a youth player, the Rush are excited to be giving yet another local product an opportunity and pathway to achieving his dreams.

“Being the first Hmong-American to lead a USL Soccer organization is both an honor and a privilege,”  Vang said. “It gives me a platform to be a role model and pave the way for our younger generations within the Hmong community.  Not only that, I am doing this at the club I spent part of my youth academy career in, so it’s been a beautiful experience to have everything come full circle.”

“I am extremely thankful that Joe and the Rush USL2 were willing to take a chance on me. I was just a lost 22 year old kid last year before I was given the opportunity to become the Assistant GM for the Colorado Rush USL2.”  When asked how he felt about the opportunity, “I will always be grateful for this opportunity and I can't be more appreciative of the front office, coaching staff, and players for supporting me this past year.  I would also like to thank my parents, family and friends who have always been there for me through the good and bad times.”

Under the leadership of Webb, Vang, and Manager Elliot Prost, the Colorado Rush have been able to sign some of the nation’s top prospects and lay a great foundation for success both on and off the pitch.

When asked what he has gained the most from working his first year as Assistant GM, Vang said, “Confidence, leadership, and courage. I think at first I was viewed as a young kid that didn’t have the confidence or experience to help lead a USL organization.  It took a little bit of time before I was able to confidently do my job in management, networking, recruiting, and ultimately running the club from behind the scenes.  The overall experience of that first year is what has contributed to my development in becoming a GM.  With that said, this is only the beginning and there is always so much more to learn in order to run this organization to its full potential.”

“I grew up just loving to play the beautiful game of soccer and now that I am getting an opportunity to be in an executive position as the head GM, I will still be able to make an impact and enjoy it from a different perspective. My biggest goals are to bring USL2 Championships to Colorado, produce professional soccer players, and to prepare our interns for their careers. I would also like to build a culture and a special bond with the fans year in and year out, filling up our stadium and creating a buzz.”

The Colorado Rush USL2 look forward to their inaugural USL2 season come summer of 2021 and will be competing in the Mountain Division against the likes of New Mexico United U23, Ogden City SC, and Park City Red Wolves SC. 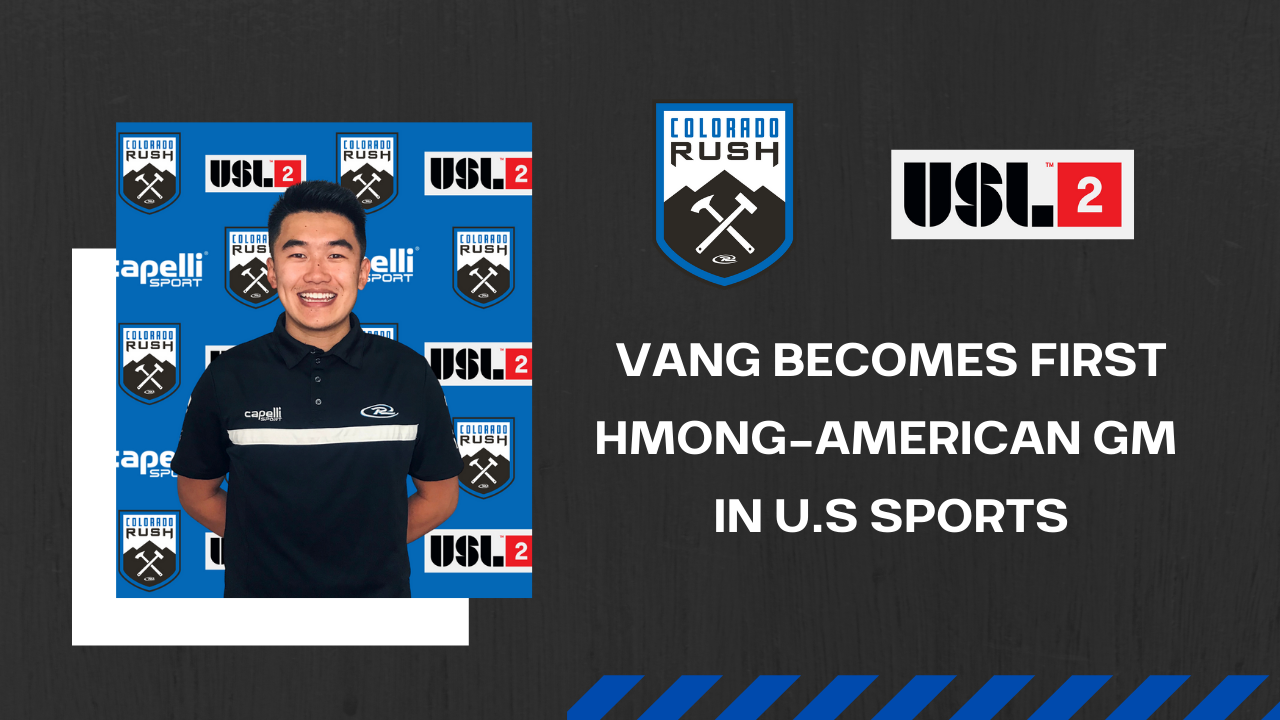