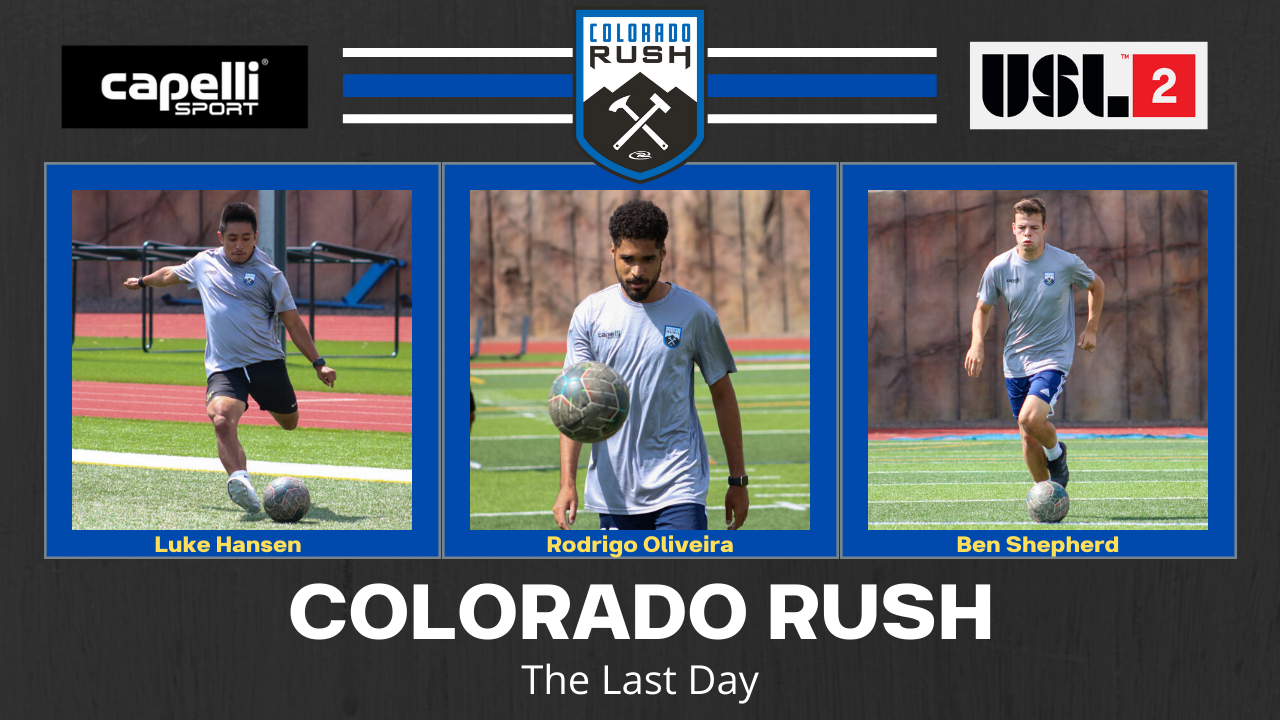 With mixed emotions, the Colorado Rush USL2 team wrapped up their last official training session of the season. We got to see all the development and growth in each individual throughout the summer. The bond and relationships that were established between the players and staff is one to remember.

Coach Elliot Prost mentioned, “It was a really good experience being able to coach this team this summer. It was good because it was productive, good because of the bond that was created between the players and the staff, and because we had really good soccer”.

There were a lot of amazing memories made out here this summer. Luke Hansen stated his favorite memory from this summer was, “being able to go to Vegas and also just training every day. It was a really good environment. It was also good to meet new people and play with old friends”.

Touching on what Coach Elliot had to say about the bond some of the players and staff made over the summer, Ben Shepherd stated that his favorite memory was, “the start of training, meeting the guys, and then just getting to know them better throughout the season was my overall favorite memory”.

Rodrigo Oliveira also had some things to say about his experience with the Colorado Rush in USL2 stating, “it was awesome. The team has a really high quality, which is why I tried to enjoy it and get the most out of it as I could. I was able to raise my physical and technical abilities and the guys really helped me with that”.

The coaches and front office staff wish each player the best of luck in their upcoming college seasons! Next year the Colorado Rush look to have their first official season in USL2 and build off a great summer this year.