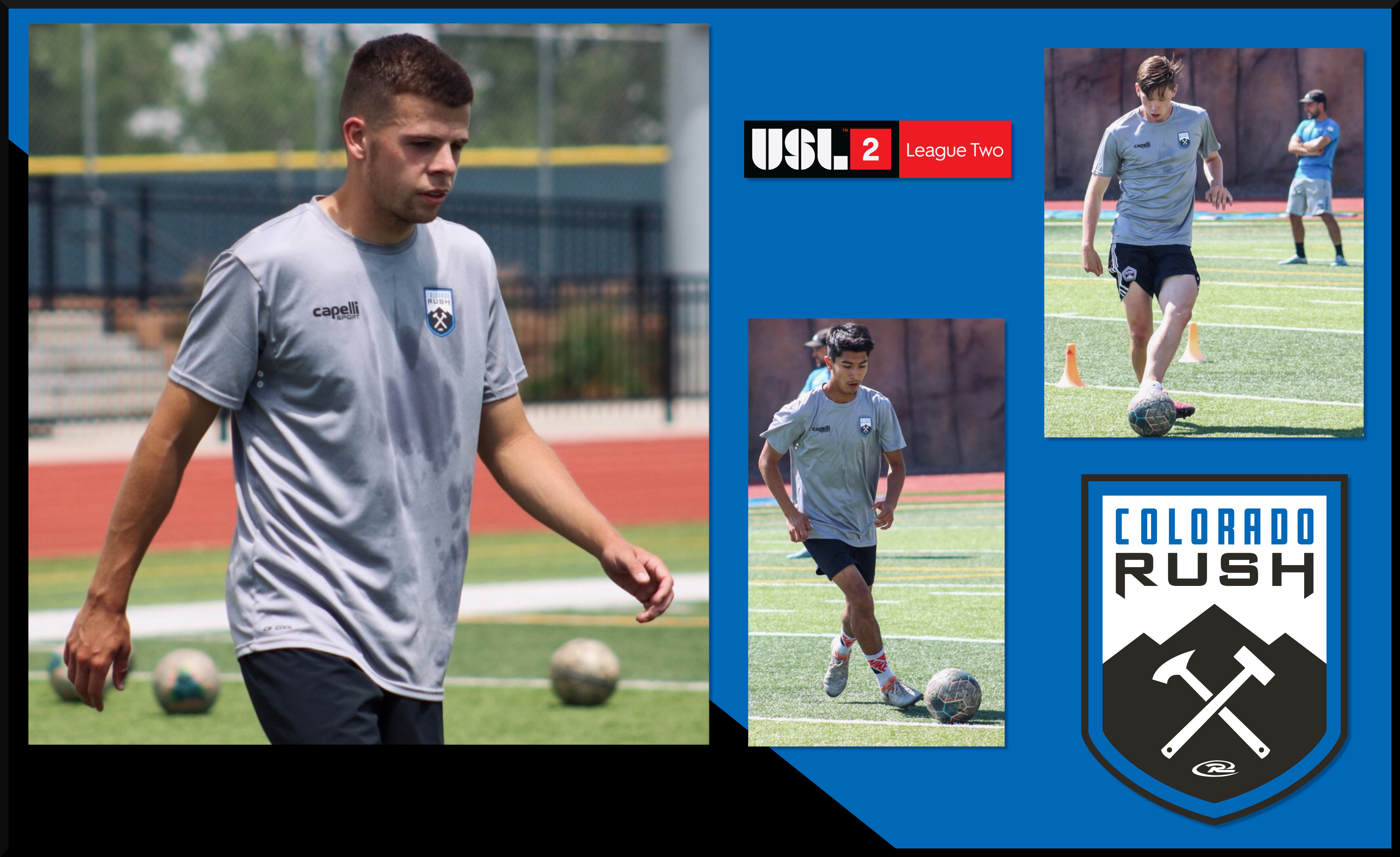 Coming back from the weekend, the Colorado Rush was energized and ready to get back to training. With the Colorado summer continuing to heat up, today was physically challenging on each individual. However, each player is continuing to develop their individual traits, and build upon the team’s chemistry. The Rush players are grateful for the opportunity to get out and train during the COVID-19 pandemic. Moises Martinez stated, “It’s been an amazing experience and opportunity as well because there are players that want to become a professional. It is just a great environment for everyone to practice and get better.”

In today’s training session, the team started with an agility and technique drill that was able to incorporate some passing combinations. They then transitioned into some small sided games and had a round robin tournament with the top two teams playing for the “final”. Competitive as usual, we were able to see some great battles between the Rush, and we can tell the players are hungry for matches against another opponent, especially after six weeks of competing with each other.

Starting our 6th week of training today, there has been an immense amount of improvement shown on the field. Coach Elliot Prost had some positive things to say about the development of the team stating that, “there are a few areas where we have seen some good development. Physically the guys have really sharpened up and they are in a state where they can do more with their bodies and gained a little bit of power”. Prost also mentioned that he is excited to see the development continue improving as the summer goes on.